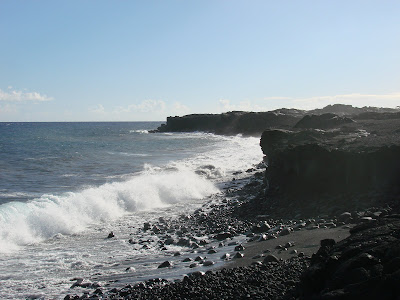 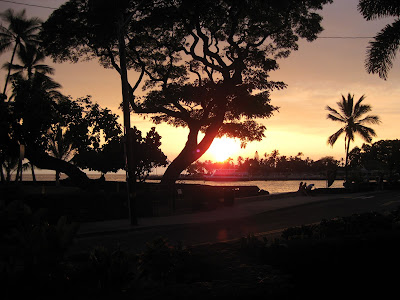 Hawaii was excellent! I put up tons of photos on Facebook. We spent a lot of time just relaxing on the beach and reading in our cabana but we also ventured around the big island as well. I was in an SPF 85 force field the whole time and did not tan one bit.
I haven't been able to readjust my sleep schedule since we've been back. The time difference is only two hours, but we couldn't sleep on our turbulent red-eye home on Saturday. Also we've come home to a bit of chaos.
Our pipes were leaking. Not from where they connect, but they were so deteriorated they were just leaking out of the pipes themselves. We already had a leak in the pipe outside the house so we ended up having to completely re-plumb our house. Once it was finished we realized we no longer have hot water because apparently draining the water heater killed it. Sure, it was 19 years old which is ancient for a heater but I really can't take a shower in 40 degree water. So now we have a new water heater too.
I was hoping that I could ease back into real life after the vacation, but apparently that won't be happening. It's been one thing going wrong after another so at this point my goal for tomorrow is to not have to write a huge check to someone to fix something in the house. No such luck on Monday, Tuesday, or Wednesday so maybe Thursday will be our lucky day!
Posted by Leighann at 22:42