We stopped by the library yesterday so I could get more cookbooks.  The Tyler Florence one had a recipe for roasted green beans.  To be honest, it never occurred to me to cook green beans in the over but it's so good!

Making them could not have been easier.  Preheat the oven to 400F.  Put the green beans on a baking sheet and toss in a little olive oil.  Grind some pepper on.  Grate on a good amount of parmesan cheese.  Cook about 8 minutes.  (Note: the recipe said 10 which translates to 8 in my oven.) Eat. 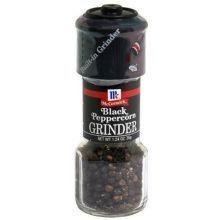 *Don't cheap out on cheese.  It's only like $5 to buy a good block of parmesan that can last you all week and it's worth it.  I grate it on a microplane so a little bit goes a long way though I'm probably dulling the crap out of my microplane.
*Don't use pre-ground pepper.  The disposable Mccormick pepper grinders are actually pretty good.  I use it for everything and it lasts several months.

To go with it, I butterflied a chicken breast and pounded it flat.  I breaded it in a mixture of plain bread crumbs, more grated parm, and red pepper flakes.  It baked at the same temp but went it 6 minutes earlier (so 14-15 mins total.) Poured on some store-bought chicken gravy.  Super tasty!