that's not my name 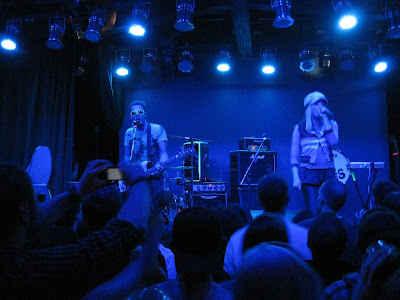 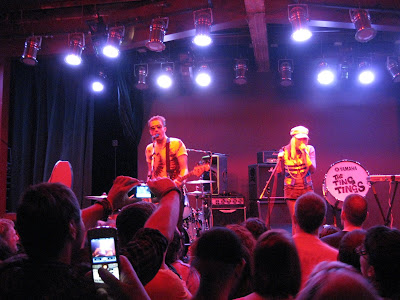 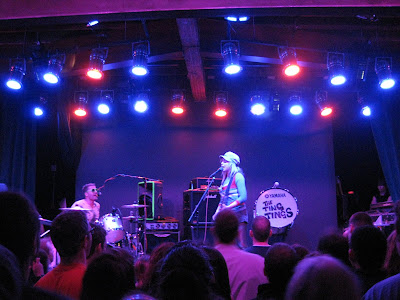 We saw The Ting Tings last night at the Crocodile Cafe downtown. It was a smallish show (maybe 150 people) and we were some of the youngest people there. The opening band, Hot Tub, was possibly the most horrifying thing I've ever seen. Three girls- two of them overweight- wearing too little clothing and dancing a little too provocatively. Lot's of bass and screeching. It ended with one of them putting a microphone down her pants and announcing that she's on her period. The Ting Tings were great though and actually sound better live than on the album.

In other news, we moved our house hunt outside of the Seattle city limits. We don't want to over-extend ourselves and we can get a lot more house for the money. We put in offer in on a new construction in Renton and we'll see what happens. The nice thing is now that I'll be working downtown, coming home to the suburbs at nice will be a lot more appealing.

ALSO! I'm going to be an aunt! Doug and Helen are having a baby and I regret to inform her siblings that Nate and I will be the favorite aunt and uncle. I already called dibs. Sorry! =)
Congrats guys!!
Posted by Leighann at 14:27

that makes me glad that you're excited to be an auntie. and also, we called dibs on being mom & dad's faves. just so you know.

That looked like a fun show! I like smaller shows just because I'm height challenged and I can't see the stage from down here.

Oohh... that show would have been so much fun! Still bummed you didn't get to go to the Lily Allen show.

Glad you guys are excited! :)